Summary of the rulings on dress for women

Summary of the rulings on dress for women 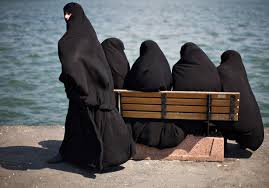 The Prophet (peace be upon him) said, “Faith consists of more than sixty branches (i.e. parts). And haya is a part of faith.”
By Aisha Stacey / 6 May 2013

The haya that every human being is born with is seen as something to be treasured. To this end Islam has a dress code for both women and men. Its purpose is to protect the society as a whole and promote modest dressing and behaviour. It creates a barrier between the sexes and allows us to conduct our lives with modesty, dignity and respect.

Islam holds women in very high esteem and the Islamic rules of covering are intended to protect and guard her dignity and honour. The word used most often in regard to covering is hijab. All qualified Muslim scholars throughout the history of Islam agree that fulfilling the conditions of the dress code is an obligation on all Muslim men and women. They have based these conditions on evidence found in the Quran and the Sunnah. Below are the most well known verses of the Quran and the most well known saying from the Prophet Muhammad (peace and blessings of Allah be upon him) concerning the subject of hijab.

“O Prophet! Tell your wives and your daughters and the women of the believers to draw their cloaks (veils) all over their bodies. That will be better, that they should be known (as free respectable women) so as not to be annoyed.”(Quran 33:59)

Say to the believing women that they should lower their gaze and protect their private parts (from sins); and they should not display their beauty and ornaments except what appear thereof...(Quran 24:31).

When a girl reaches the menstrual age, it is not proper that anything should remain exposed except this and this. He pointed to the face and hands.[Abu Dawud]

Read more: Summary of the rulings on dress for women

Summary of the rulings on dress for men.

Summary of the rulings on dress for men.

There follows a summary of the rulings on dress for men. We ask Allaah to make it sufficient and beneficial.

1. The basic principle concerning everything that is worn is that it is halaal and permissible,

Except for that concerning which there is a text to state that it is haraam, such as silk for males, because the Prophet (peace and blessings of Allaah be upon him) said: “These two [gold and silk] are forbidden for the males of my ummah and permissible for the females.” Narrated by Ibn Maajah, 3640; classed as saheeh by al-Albaani in Saheeh Ibn Maajah. Similarly it is not permissible to wear the skin of a dead animal (one that has died of natural causes) unless it has been tanned. With regard to wearing clothes made of wool, goat hair and camel hair, these are pure and permissible. For more information on the use of the skin of dead animals after tanning, please see question no. 1695 and 9022.

Read more: Summary of the rulings on dress for men.